THE PHILIPPINES: ATTACKS AGAINST LAWYERS ESCALATING

17 September 2019 – We, the undersigned organizations, lawyers, and members of the legal profession, express deep concern over the increasing attacks against lawyers in the Philippines and the oppressive working environment they face since the start of President Duterte’s administration. We call on the Duterte Government to adequately protect the safety and independence of lawyers and end the culture of impunity in which these attacks occur.
Extrajudicial killings and harassment of lawyers

Since President Duterte took office on June 30, 2016, the number and intensity of attacks against lawyers have increased significantly. At least 41 lawyers and prosecutors were killed between July 2016 and 5 September 2019, including 24 practicing lawyers. Lawyers are also harassed and intimidated. They are subjected to (death) threats, surveillance, labelling, and other forms of attacks. In addition, at least five judges and retired judges have been murdered since July 2016, bringing the total number of jurists extrajudicially killed in the Philippines to at least 46 in the same period. Eight jurists survived attacks on their life.

Most killings and attacks of lawyers took place as a result of discharging professional duties or are believed to be otherwise work-related. Especially at risk are lawyers representing people accused of terrorist or drug related crimes, or government critics, such as journalists, political opposition leaders, and human rights defenders. Lawyers providing legal representation in high-profile cases impacting established interests, such as land reform, or lawyers taking part in public discussion about human rights issues, also face reprisals.

Grave implications of threats and labelling

United Nations High Commissioner for Human Rights, Michelle Bachelet, recently noted that senior officials of the Government of the Philippines have threatened lawyers and others who have spoken out against the administration’s policies, and she added that this “creates a very real risk of violence against them, and undermines rule of law, as well as the right to freedom expression”.

Prior to being attacked, some lawyers were labelled as “communist” or “terrorist” by state agents. The practice of labelling (i.e. classifying persons as “enemies of the state” or otherwise) combined with the culture of impunity was identified by national and international fact-finding missions as one of the main root causes of extrajudicial killings in the Philippines in the past and continues unabated.

The attacks against lawyers, prosecutors and members of the judiciary and the extrajudicial killings of other human rights defenders in the Philippines during the past three years have occurred within the context of the so-called war on drugs and are being carried out across the country in an apparent climate of institutional impunity.

Concerned with the sharp deterioration of the human rights situation, eleven UN human rights experts, in a 7 June 2019 press release, called on the UN Human Rights Council to establish an independent investigation into human rights violations committed in the Philippines. “Instead of [the Government] sending a strong message that these killings and harassment are unacceptable, there is a rising rhetoric against independent voices in the country and ongoing intimidation and attacks against voices who are critical of the government, including independent media, human rights defenders, lawyers and journalists,” the experts said.

The UN experts also noted that “the Government has shown no indication that they will step up to fulfil their obligation to conduct prompt and full investigations into these cases, and to hold perpetrators accountable in order to do justice for victims and to prevent reoccurrence of violations.”

The attacks against and extra-judicial killings of lawyers and the impunity shielding perpetrators impair the ability of lawyers to provide effective legal representation, make lawyers increasingly wary of working on sensitive cases, and consequently severely undermine the proper functioning of the rule of law and the adequate protection of rights, including the right to remedies and fair trial.

According to the United Nations Basic Principles on the Role of Lawyers (Basic Principles), States should ensure that all persons within their jurisdiction have effective and equal access to lawyers of their own choosing, and that lawyers are able to perform their professional functions without intimidation, hindrance, harassment or improper interference. The Basic Principles require that lawyers are adequately protected when their security is threatened because of carrying out their legitimate professional duties, and not be identified with their clients or their clients’ causes. The Basic Principles affirm that lawyers, like other citizens, are entitled to freedom of expression and assembly. The duty to respect and guarantee these freedoms forms an integral part of the Philippines’ international legal obligations under the International Covenant on Civil and Political Rights.

In view of the above, the undersigned organizations and individuals urge the Government of the Philippines to:

1. Investigate promptly, effectively, thoroughly and independently all extrajudicial killings and attacks against lawyers, and other jurists, with the aim of identifying those responsible and bringing them to justice in proceedings that respect international fair trial standards;

2. Take all reasonable measures to guarantee the safety and physical integrity of lawyers, including the provision of adequate protection measures, in consultation with the persons concerned;

3. Consistently condemn all forms of threats and attacks against lawyers publicly, at all political levels and in strong terms; and,

4. Fully comply with and create awareness about the core values underlying the legal profession, amongst others by bringing the UN Basic Principles on the Role of Lawyers to the attention of relevant stakeholders, especially members of the executive, police, and the military. 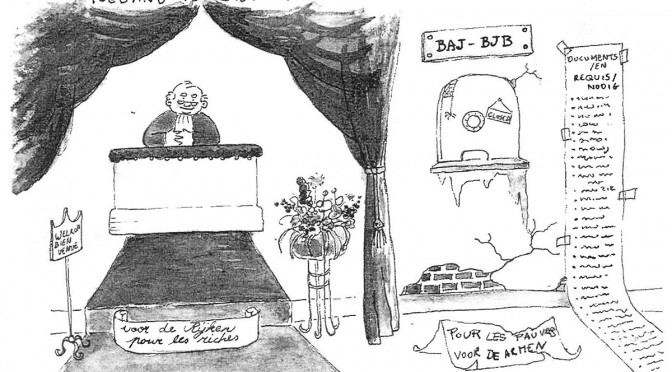